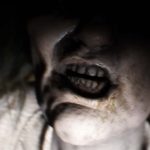 Resident Evil 7 seemed to be quite mysterious since the news about the upcoming game was spread during E3 event this year. However, we are happy to announce that new details about the game appeared on the ESRB site and we are not surprised that Resident Evil 7 is rated M (for mature).

There is one thing that is still not known – how much battle Resident Evil VII will have. In one website we found information that in Resident Evil 7 game players will be able to use various weapons, including shotguns, bombs, revolvers, chainsaws and flamethrowers. All of these weapons will be used to fight against mutated creatures of the game. The range of weapons seems pretty impressive as we only had an axe in the Resident Evil 7: The Beginning Hour demo.

Resident Evil VII will also include tons of graphic violence as it is written in one source. These moments of violence may include various use of a chainsaw or using a shovel for pining that creature’s face. Scenes of graphic violence also have corpses walking with their entrails hanging out of their body in Resident Evil 7. In addition to that, you will also hear lots of swearing so be prepared.

The story of this Resident Evil 7 chapter is based on Ethan, a protagonist who is intensely looking for his lost wife in shabby building. There is no further information given about that mansion, despite the fact that a cult-like family is connected to this story somehow.

Some people compared Resident Evil VII demo with a playable teaser for Silent Hill but the producer of Resident Evil 7 Masachika Kawata denies this fact by saying that his development team was already creating Resident Evil 7 before PT was announced: “When they announced it, it was kind of like, ‘Oh, they’re doing first-person too. However, now that we’ve come this far, we can see that the content of this game is completely different from what the content or the direction that [PT] was moving in.” Moreover, Resident Evil 7 producer Kawata said that he was very saddened when Silent Hills was called off as he really loved it.

Resident Evil 7 is planned to be released on January 24. It will be available for Xbox One, PlayStation 4 and PC. However, The Beginning Hour demo is now available only for PlayStation Plus and PlayStation 4 subscribers.