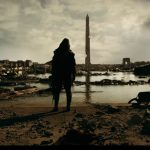 Sony launched a new trailer for the upcoming Resident Evil: The Final Chapter movie. It seems that this new trailer succeeded to give the best look at the video game based horror story movie so far.
The newest trailer shows a little bit of the Alice’s story that gives us more information about her past and her motivation. Resident Evil: The Final Chapter trailer is also full of various monsters and action.

During the event where new trailer for the movie was released, director of the movie Paul Anderson teased the audience that The Final Chapter will definitely be the most horrifying movie comparing to the whole series. Milla Jovovich also added that the movie will be full of intriguing death sequences. They were also asked whether The Final Chapter will be the last movie in the Resident Evil series but none of them confirmed this fact. Nevertheless, Milla Jovovich said that the upcoming horror movie will explain some unfinished gaps from the previous Resident Evil movies and will create a “full circle”.

While talking about the unbelievable success Resident Evil series movies had (they brought more than $1 billion), Anderson said that one of the reasons is that people, who is creating the movie respect and understand the importance of video games. Some other movies that were based on games failed but Anderson says that was mainly because the team probably does not fully understand the game itself. However, in this point we also have to mention that Resident Evil movies, directed by Anderson, were not widely praised, even though they had good numbers in sales.

There is a chance that the team of Anderson and Jovovich may decide to finish the Resident Evil movie making projects after the debut of their upcoming film The Final Chapter. But there is no need to worry as the Resident Evil series movies could continue to live with another cast of directors and starring actors.

The newest Resident Evil horror video game, Resident Evil VII is planned to be launched in January as well. It will appear just a few days before the release of The Final Chapter movie. The game will be available for Xbox One, PS 4 and PC.