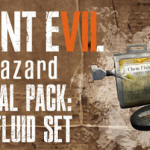 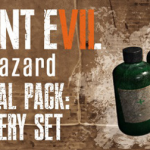 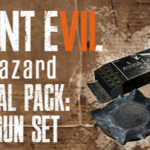 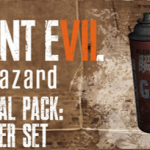 As we all remember, Preorder Bonus Pack of Resident Evil VII was announced together with the game itself. The images of that Resident Evil 7 preorder bonus pack have been accidentally revealed by a Swedish based retailer Discshop.

You can see 4 different preorder bonus item packs on Resident Evil 7 page in Discshop website. These packs are: Handgun Set, Chem Fluid Set, the Recovery Set and Burner Set. For now, any information about the packs was not officially confirmed but we can see that some of the sets come with traditional Resident Evil elements. These are ammo in the Handgun Set and herbs in the Recovery Set. The other two sets also have items coming along them. The Burner set seems to have an ability to be used in combination with flamethrower weapon that was introduced before. It also looks like The Chem Fluid Set will have some healing items included.

What is even more interesting, every set in Resident Evil 7 preorder bonus pack seem have a mysterious coin included. The purpose of this coin in Resident Evil VII is still unknown but we may guess that it might be used as a currency or even have some sort of a mystical purpose in the game.

Resident Evil 7 will be released on January 24, 2017. It will be available for Xbox One, PlayStation 4 and PC. Game fans can also preorder Deluxe edition of Resident Evil VII for $80. Those who will do that will get an access to 2 more parts of bonus content. One of them will include extra episode to the main game while the other one will have 4 short side stories added.